Internet for Businesses is More Crucial Than Ever 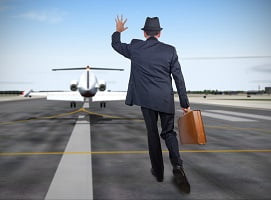 If you Ignore the Digital Age, it will leave you behind!

Sears. Macy’s. Kmart. What do all of these major chains have in common? They’re all timeless American brands that started before the 20th Century. But they have something else in common too; all three are in danger for closing their doors for good in 2017. How can that be? How can three huge brands with over 115 years of history suddenly be in financial turmoil? While it may seem like such big names are too large to fail, these three and more established brands are having trouble because of one thing; the internet. By learning from the mistakes of these major retailers, small businesses can learn to survive in the Digital Age and keep their company growing.

The internet brought in a wave of new retailers

Compared to wizened old sages like Sears and Macy’s, the new kid on the block Amazon is barely old enough to legally drink. Founded in 1994, Amazon didn’t just embrace the internet; its existence depends on it.Yet while Sears posted a loss of three-quarters of a billion dollars, Amazon comfortably reported 3.5 billion in net sales.

Once the place to buy everything

Before the internet, paper catalogs were the way to see a store’s inventory. Frequently numbering over 500 pages (the first being closer to 1000!), these catalogs seemed to have it all. With thousands of items for sale, what more could anyone need?

Flash forward to 2017, and Amazon has approximately half a billion items for sale. What was once a massive selection of unique items is now less than a paltry tenth of a percent of what the internet giant has to offer. And, with the ability to quickly sort through them using a keyword search and narrowing that down by category, review score, pricing, and much more, Amazon’s selection not only towers over the inventory of any paper catalog, but it’s easier to search through too.

Experience is part of the sales price 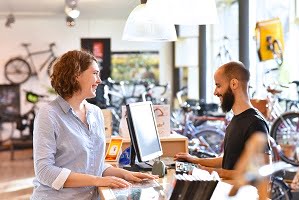 With brick-and-mortar stores in general, the shopping experience is part of the price tag. Many items are marked up to include assistance from department employees, return policies, and more. This means that customers expect a higher standard of customer service and to be greeted by a knowledgeable staff that treats them with respect.

So when these retailers start to lose this major draw, few people want to spend more money to drive out somewhere for a worse experience. And with a 2.5 rating on Glassdoor for Sears, when employees are unhappy, service declines. Of these employees, less than 20% approve of their CEO, and even less have a positive outlook for the company. The internet only strengthens this downward spiral. Potential customers see all of these reviews and decide to go elsewhere, causing more and more stores to close down permanently.

While large corporations didn’t necessarily shy away from the internet, many assumed that the same businesses practices that worked for the last century would still apply. But when online stores like Amazon and Ebay started to gain popularity, consumers found out that what they thought were good deals on items may not have been great. After all, online stores not only had many of the same items for less, but they brought it right to your door! Reputation began to be key, and with pending lawsuits for deceptive advertising, many people stopped going to a company they couldn’t trust.

If even giants fall, how can I succeed?

Had someone poised the question 15 years ago asking if Sears or Macy’s were likely to fail in the next 15 years, most people would say these staples of the economy would only get bigger. And for awhile, they did. But even with over 100 years of service behind them, these retailers are struggling. If even they can be taken down, what chance does a smaller business have? How can you stop the same thing from happening to you?

Since corporations are so widespread, they don’t worry much about individual local stores. And because many smaller businesses target one specific region, they often outrank their bigger competitors there. More than half of consumers look online before deciding on a good or service. This means that even if you have something that a customer would purchase based on its quality and value, you’ll miss out on their business because they don’t know that you exist. However, creating a web presence needs to be done the right way. Nearly half of consumers won’t buy from a company with a poor website, meaning that no website can be better than not having one at all!

Getting your company found is only the first step. Once people can find it, it’s important that they find it for the right reasons. With nearly two-thirds of consumers relying on the star rating and three-quarters claiming that positive reviews make them trust a business, ignoring reviews is a bad business move. Some of the corporations thought that since they hadn’t worried about reviews for decades, they didn’t need to. But with sub 3-star ratings on Yelp across the board for the Portland metro area, many of the low-rated Sears stores aren’t projected to last through the year. The once stellar customer service is being cited as the primary concern throughout dozens of reviewing websites, with consumers urging others to steer clear. 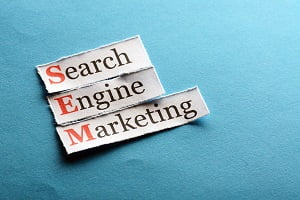 Make use of SEM

SEM, or search engine marketing, is a new method of marketing focused on promoting goods, services, and companies through search engines. This can be done with pay-per-click ads, search engine optimization, reputation management, and more. With so many aspects to worry about, many business owners find that they don’t have the time or patience to learn about and implement the necessary changes to run a successful website. Fortunately, hiring a successful internet marketing company can take care of most of these issues for you. And by adopting these strategies of the Digital Age early, your business can avoid the pitfalls that some industry giants fell into and remain competitive in the new world of business.

Posted on April 27th, 2017 by Effective Web Solutions
Internet for Businesses is More Crucial Than Ever