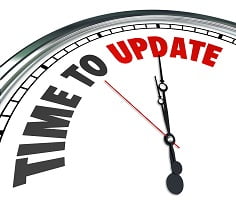 Google rolls out another update

As it seems happens most days, Google made adjustments to their algorithms again. While minor adjustments are happening all the time, major updates are less frequent but much more noticeable. The previous major update happened on September 1, 2016, codenamed Possum. This update changed the way that map rankings were displayed, and different people would find they were getting different results–even in the same town. Some business owners thought their entire business listing disappeared, while in actuality they were simply moved further back in the map rankings. This is because the update focused on proximity to the user on mobile devices. No other major updates were seen again for half a year. Then Google quietly added the “Fred” update.

What’s Fred, and should I worry?

Since Google considers updates to be a regular thing, sometimes they get tired of the constant questions regarding algorithm changes. And so as a joke Gary Illyes wrote that all updates are called Fred, and of course, the Internet ran with it (But shouldn’t the next one be called George?). 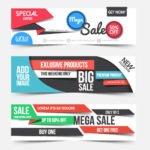 Ad-heavy sites are taking a hit

As Google declined to comment on the specifics of the Fred update, many data collection companies took it upon themselves to figure out the details. Their analyses came back that they believe Fred targets sites that are filled with ads and light on relevant content. The goal of many of these sites is to generate revenue directly from ads instead of aiding the user. The “official” statement from the folks at Google was to refer to the Webmaster Guidelines referring to page quality. Many interpreted this as meaning that Fred is a quality-control update.

Most businesses don’t have to worry

Because businesses generate revenue through goods and services instead of from displaying ads, many business sites won’t be affected by the update, at least not in a negative way. In fact, they’re more likely to see a jump in rankings instead! As long as the website isn’t filled with spammy content and ads, but instead has original, relevant information about the target keywords, rankings are likely to increase instead of decrease.

What about those weird map listings?

After the Possum update, many companies saw a drop in their rankings, depending on where they were searching from. While intended to benefit the user, the update had some unintended consequences as well.

If optimized sites, dropped, then…

Before the update, highly-optimized sites would be the ones to show up higher on the map rankings. But with a focus on proximity to the user as the new most important factor, previously hidden “businesses” started popping up more and more. Instead of being actual companies with helpful websites, the map rankings would sometimes simply show the keyword as the business name, with no reviews to go with it. 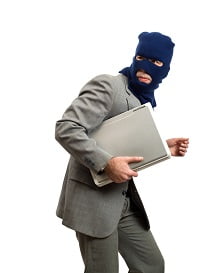 Besides legitimate businesses losing customers, unaware consumers are being swindled out of their money. Scammers focus on businesses a person needs right away–ones where they might not take the time to research because of the urgency. The most common industries include locksmiths and plumbers, industries where fast response is critical. Sometimes, these map listings would lead to scammers using phishing scams or trying to get personal information out of people. Other times they would masquerade as local businesses but lead to a distant call center. In many of these cases, customers would at least get the service they need, but at a much higher rate. In order to keep proximity as an important ranking factor and not see a sharp rise in scammers, Google had to crack down on fake listings right away.

Keeping fake listings off the map results wouldn’t be possible without a way to tell the difference between what’s real and what’s not. That’s why Google is so insistent on verifying businesses.

In order to combat scammers and other fake listings, Google has to make sure a business is real and legitimate. Some business types are able to do so by simply answering a phone call, but for others, it’s more complicated and requires entering a code from a mailed postcard. This proves that person verifying the business has access to the address like they claim. But it also means a much longer, precise process for business owners too. 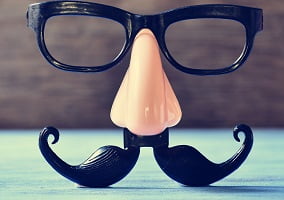 Fake listings are actively being removed

Google’s never been fond of fake listings, whether they’re created by scammers, shady SEO companies, or other reasons. On April 7, 2017 Google and University of California San Diego presented compiled research about how miscreants manage to create false listings regardless of the safeguards put in place. Already, dozens of fake listings have been removed, and more are taken down every day. And with the new research, many never make it past the verification stage. Google proudly claims that they now remove 85% of fake listings before they’re posted, and have reduced the overall amount by 70% since June 2015. [divider height=”0″ style=”zigzag” line=”default” themecolor=”1″]

What does this mean for business owners?

As always, relevant, useful, and quality content and links will help. Business owners that come across these fake posts can also flag them for removal which will help bring high-quality names back to the forefront. And it’s now more important than ever to make sure your business details are correct and you’ve verified everything through Google My Business. Do all of that or have a reputable company do it for you, and you’re likely to be helped instead of hurt by the new changes!

Posted on May 12th, 2017 by Effective Web Solutions
Google is Targeting Fake Listings and Low-Value Content