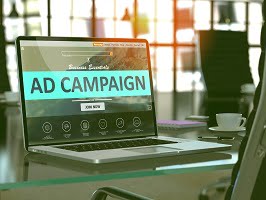 Google AdWords are effective and will only get better

Effective use of Google AdWords is complicated. Without enough planning, these ads become more of an annoyance than a benefit, pushing users away from a company instead of drawing them towards it. Others create ineffective landing pages that make users scratch their heads in confusion but don’t lead to conversion. But a well-designed, thoughtfully planned out ad campaign can bring in a substantial return on investment that’s hard to ignore. While the tools for AdWords are helpful right now, Google announced some planned changes in May 2017 that will be rolling out in the hopes of providing better cross-platform integration. These changes will roll out in waves starting with a small beta group and plan to be implemented by the end of 2017. So what can you plan to expect for the future? 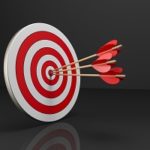 Right now, AdWords are based on keyword searches, with more frequently searched terms costing more per click. This approach means that certain industries are more competitive than others, and consequently, their pay-per-click amount is higher. However, there are still advances to be made that Google hopes will benefit both customers and the companies trying to reach them.

In March 2017, Google moved even further away from exact match keywords to include changes in word order as well. This means that someone searching for “Artisan Pizza Houston” could also have AdWords show up if they typed in “Houston Artisan Pizza”. Slight misspellings and plural forms have also been expected for some time. This trend is likely to continue for the foreseeable future. While on the surface this might sound like it will show the ad to more people, even people who are likely to have a positive interaction with it, filters like negative keywords and tools like SmartBidding will become even more important, with many more options likely to appear for better targeting.

Part of the May 2017 announcement included the introduction of Google Attribution, a new way to see if marketing strategies are effective. Currently, marketers have had to set up complicated attribution methods such as last-click attribution, which show what the last click a user made was before they bought the product or service. For some time, marketers have agreed that this was an incomplete analysis, but there were few alternatives. Google Attribution plans to change that. The new approach will combine data from across Google Analytics, DoubleClick, and AdWords into a single interface. This supposedly will lead to better tracking and analysis and give a better idea of what changes to make for future campaigns.

Improved machine learning will change many aspects of AdWords

Google’s AI is complicated. SEM is so complicated, in fact, that there are entire conferences dedicated to understanding it. And it’s only going to get more complicated. As machines become better at understanding how people function, they’ll be better at showing them what they’re looking for when they need it–or even before.

With the new campaign system rolling out, ad campaigns are going to become much more precise. Google’s new ad campaign manager has a Goals section and a “Drive action” subsection beneath it giving you choices for what you want your ad to achieve. There are options such as buying directly from the website, calling the business, or visiting the store in person. Then Google will suggest some in-market audiences, such as people who are actively looking to renovate their home. After finding the people who have already expressed interest, they can then create suggested similar in-market audiences like people who recently replaced their plumbing. You then will have the opportunity to adjust the campaign to reach these other groups if you’d like. 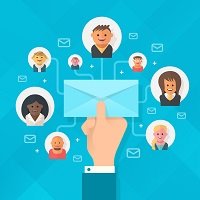 Google is in charge of many different platforms such as Gmail, YouTube, Google Play, and the Android operating system. Using these integrated platforms, Google is able to see when major life events happen based on search history, what users share, and what videos they frequent. (It’s important to note that Google was adamant that they still advocate customer privacy and allow users to restrict the collection and usage of this data if they choose). They can then suggest relevant services based on what events are coming up or how long they research items before buying. For instance, a couple that regularly posts about planning to buy a new home may get an ad for a company that does home inspections. This creates brand awareness, but also connects the couple with a business they may need but didn’t know existed, creating a win-win both parties can be satisfied with.

Unfortunately for some companies that are ahead of the game, these advances in machine learning could end up hurting them. Competitors could discover new keywords or audiences they never considered that their rivals had cornered the market on, making these terms competitive as well. In general, the new Google Attribution system will make it easier to find out what actually works and give concrete ways for improvement, and allow anyone to gain access to this information as well. This has the potential to drive up AdWord prices, and campaigns will become a hefty task to manage. So if you have a more competitive industry, how do you beat out the competition? A simple solution is to hire a competent internet marketing company to handle all of these evolving changes for you. That way, you can continue to focus on what you do best instead; the business that you love.

The Thing About Bing
|
A Quick Guide to SEM Success